You are here: Home / Social media / 4 Pointers For Using Twitter To Get More Blog Followers 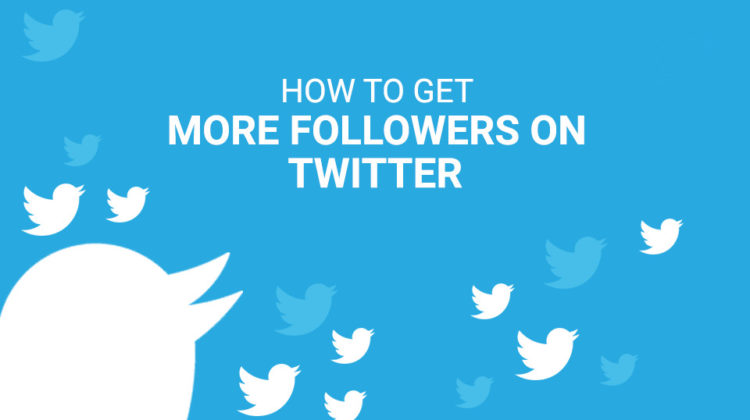 Your blog is awesome. It’s unique, it’s fun, it’s informative. It’s also a needle in a really, really big haystack filled with a million cool blogs. A great blog without readers is a sad, pitiful thing.

Lucky for you, there’s Twitter. You’ve heard of it, right? The most widely used and best-known social networking site in the world? Its micro-blogging format is perfect for griping about your ex, dazzling everyone with your biting sarcasm, and also for getting readers to check out your awesome, yet lonely, blog.

Harness the power of Twitter to put your blog in the spotlight.

Social media promotion 101: When you update your blog, tweet a link to the updated content. OK, baby steps are behind you; time to move past the super obvious.

When someone writes an article or shares a photo or infographics on your blog, mention them by name (their @twitterhandle) on Twitter. Not only are you completing the original task of letting your Twitter followers know about the new content, but you’re playing on the ego of the guest blogger.

People love to have other people tweet about them, and they’re very likely to re-tweet to their followers. Now all your followers know about the update and so do all the guest bloggers.

Tweets are like your blog: It doesn’t matter how great they are if there’s no one there to read them.

Twitter is not like Facebook. Quality posts don’t get cycled to the top of the feed. Twitter is purely chronological, and once your tweet gets buried by more recent tweets, it’s gone for good. Twitter is the most active in the morning when people log on before work, again around noon when they break for lunch, and then again in the early evening.

Sure, you got finished updating your blog at 2:37 a.m. You’re an obsessive perfectionist and that’s why your blog is awesome. But that is definitely not the time to tweet about it. Wait until morning, when the complacent masses are there to read it.

The trick is to break the giant Twitter universe down into manageable sections and play to the audience that’s most likely to read your blog. You can compartmentalize Twitter to isolate your audience in a few ways, the best of which has nothing to do with Twitter at all. There are a lot of unaffiliated sites – many of them, such as Twiends, are free – that exist for the sole purpose of breaking Twitter down into genres, niches, and categories.

After linking Twiends or a similar app to your Twitter account, search keywords to identify people who are likely to be interested in your blog. If you blog about crafts, search the appropriate keywords, follow the people who identify those interests on their Twitter profiles, and interact with them – that doesn’t mean bombard them with updates! Don’t come off as spammy by constantly pressing them to “check out your latest blah blah blah.” Read what they’re tweeting, check out their blogs, and retweet their updates. Intermittently sprinkle in blurbs about yourself.

This is the best way to build a sense of community, and blogs are all about building a community.
Break the enormous Twitter universe down into manageable categories.

When thinking of a strategy to promote your blog on Twitter, don’t over-think. Do the obvious things like linking to your blog in your bio (this is good for SEO purposes, as well), updating regularly, and promoting your guests.

After that, apply the basic, common-sense rules to which you adhere in real life. No one wants to listen to someone who only talks about themselves or always has something to sell, right? Those rules apply to the online world as well.

Your blog is awesome, so you need to get on Twitter and be awesome, too.